Australian Automotive manufacturer  Australia From 1917 to 1921 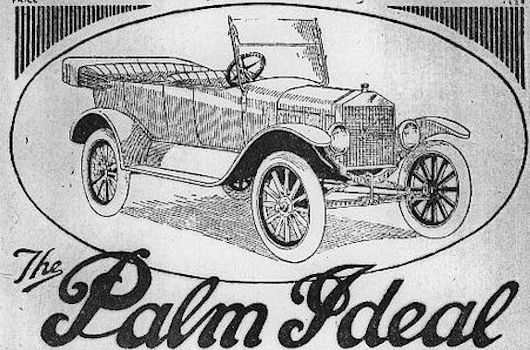 EW Brown Motors Pty Ltd was an Australian manufacturer of motorcycles and automobiles .

The company from Melbourne was originally active in the field of motorcycles and produced them from 1912. The brand name was EWB . 1917 began under the direction of Edwin Walker Brown, the production of automobiles. The brand name was Palm . Many parts came from Ford , so Ford went to court against the company. In 1921 the automobile production ended. Overall, only a few copies.

The company purchased the mechanical parts from the USA . Together with other parts such as fenders , hubcaps and grille developed finished vehicles. They had right-hand steering . The similarity to the Ford Model T was very high. The price was almost double.