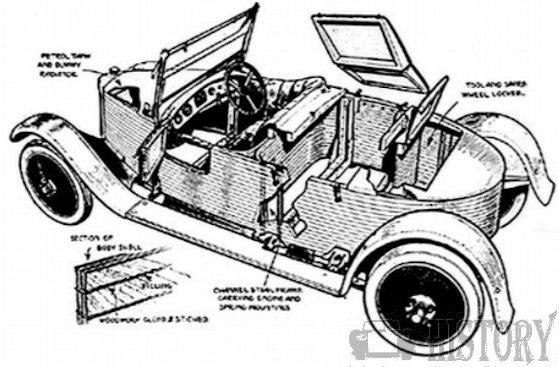 Marks-Moir Motors Ltd was an Australian manufacturer of automobiles in the 1920s .

Arthur R. Marks and WA Moir founded the company in Sydney in 1923 and began producing automobiles. The brand name was Marks-Moir . Heron from England was involved in the development. 1928 ended production. In total, at least three or four vehicles were created.

Jim Marks, the son of Arthur R. Marks, was later involved in the construction of the Southern Cross .

The prototype Marks-Moir was a two-seater model constructed in 1922. Its combined chassis and body was described as being made of ‘Consuta multiple wood, glued and sewn together by a special machine,  Marks-Moir was designed to handle the rough Australian roads and its stressed plywood frame/body could withstand a force of 12 tons before showing any signs of distress. with Solid wheels.Wolseley engine. High Body and Chassis For ground clearance.

The body was built up in a mould and the various layers of plywood fixed together with aeroplane glue. They were then subject to considerable pressure after which they were stitched using a special sewing machine. The stitching sank into a groove that was filled with waterproof cement. Submounts, made from steel. 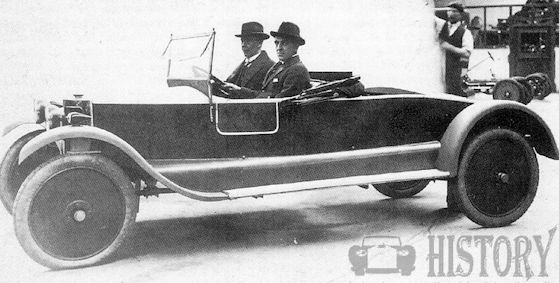 The first vehicle had a self-supporting body made of plywood . A four-cylinder engine of the Ford Model T was mounted as a mid- engine and powered by chains the rear axle.

In 1925, a coupe with a 12-horsepower engine by Coventry Climax was presented at the Sydney Motor Show . From the same year, a touring car and a van.

1928 was still a roadster . Dewick from Strathfield made the bodywork . He had an engine of the Continental Motors Company and axles from the Ford Model T.