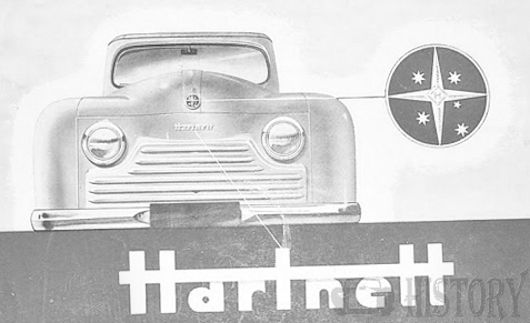 Hartnett Motor Company Ltd was an Australian manufacturer of automobiles .

Lawrence Hartnett, who previously worked for Holden , founded the company in Melbourne in 1951 . In the same year began the production of automobiles. The brand name was Hartnett , also called Hartnett-Grégoire . The plan was to produce 10,000 vehicles a year. 1955, production ended first. Between 1957 and 1962 again vehicles were created, which were now marketed as Lloyd-Hartnett .

In the early 1960s, Lawrence Hartnett became aware of the Nissan brand , took over distribution in Australia and began assembling the Bluebird for the Australian market in 1966 through the Sydney- based Pressed Metal Corporation .

Hartnett had acquired the license rights to a small car from Jean-Albert Grégoire via Kendall . An air-cooled two-cylinder engine with a displacement of 600 cc propelled the front wheels. The most frequently produced body variant was the Vanette , a station wagon whose structure was partly made of wood . There were also roadster , sedan and touring car . In total, 120 vehicles were created.

Hartnett also had the license for the Grégoire R , but did not use it.

From December 1957 Hartnett made the Lloyd-Hartnett ago. Parts he got from Lloyd . At least the Lloyd 600 is handed down.  His two-cylinder engine with 600 cc drive to the front wheels. Until 1962, around 3000 vehicles were built. 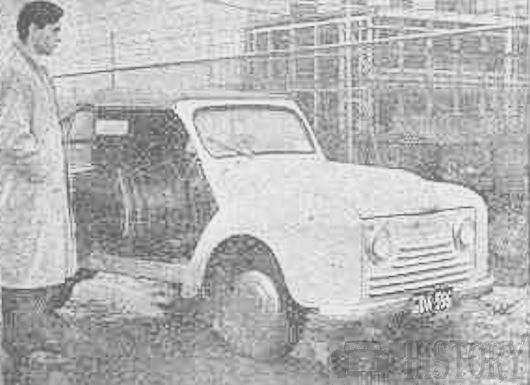