Australian Automotive manufacturer  Australia From 1900 to 1910 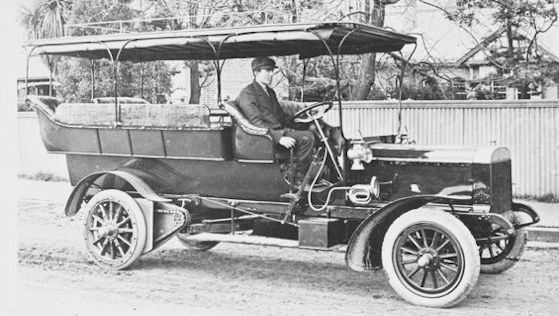 Finlayson Bros & Co Pty Ltd was an Australian manufacturer of automobiles from the early 1900s.

The Devonport company was a foundry . 1900 was a steam car for their own needs. From 1904 followed two more cars. The brand name was Finlayson . In addition, the company manufactured six buses . 1910 ended the motor vehicle production.

The first vehicle was a steam car. A steam engine with two cylinders made 6 hp . The engine power was transmitted via a chain to the rear axle. The open body could accommodate four people. The maximum speed was stated at 32 km / h. This vehicle has been preserved.

1904 followed a larger vehicle with an imported two-cylinder engine with 9 hp power, which was sold.

The third car was a four-seater with a two-cylinder engine.

The buses had a motor of Gnome et Rhône . Transport companies from Tasmania bought them.