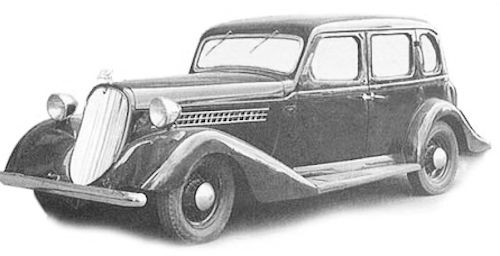 Egan Motor Body Works was an Australian manufacturer of bodies and automobiles .

The Geelong company has been producing bodies since 1916. One buyer was the Ford Motor Company of Australia . Thus alone until 1930 about 8000 bodies were created. In 1935 began the production of automobiles. In the same year, many orders were received at the Motor Show Melbourne Motor Show .

The brand name was Egan . In the following year their production ended. In total, two vehicles were created.

The base was a stable chassis . A six-cylinder engine from Lycoming with 80 hp power powered the vehicles. The axles came from Columbia and the brakes from Bendix . The three-speed gearbox was synchronized . The four-door sedan was aerodynamically shaped and resembled the Chrysler Airflow .