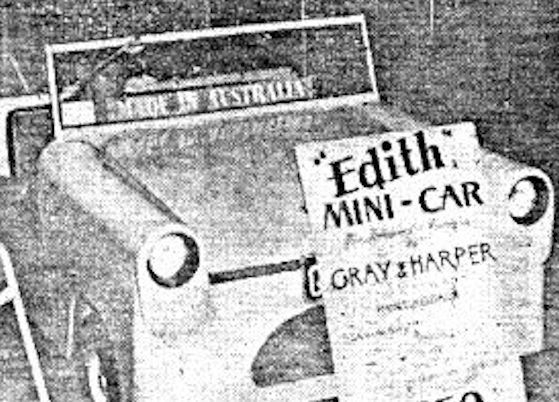 Gray & Harper Pty Ltd was an Australian manufacturer of automobiles in the 1950s.

The company from Oakleigh near Melbourne began development in 1952 and production of automobiles in 1955.  The brand name was Edith . 1958 ended production. A total of twelve vehicles emerged and four other chassis , the Tilli Motor Company took over.

The only model was a micro-car with three wheels. The single wheel was behind. A two-stroke engine from Villiers Ltd with 197 cc displacement was mounted in the rear and drove the rear wheel. The transmission had four gears. The maximum speed was specified at 65 km / h, and the curb weight at 305 kg. In 1956, the headlights were revised.

Plans for a four-wheeled vehicle were not implemented. A vehicle still exists today.