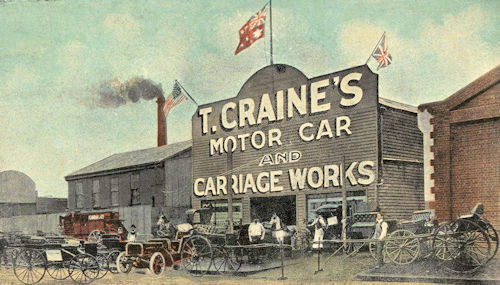 Thomas Craine Carriage Works was an Australian manufacturer of bodies and automobiles .

The company from South Melbourne originally manufactured bodies. 1908 began the production of automobiles. The brand name was Craine . In the same year their production ended. Several vehicles were sold.

The offer was only a model. A water-cooled two-cylinder engine from Phillips with 12 hp power powered vehicles. The transmission had three gears. Striking were the big solid rubber tires. The choice was several different bodies.