The Bayswater , Melbourne-based company began production of automobiles and kit cars in 1979 under the direction of Bill Kain, Gordon Peters and John Dixon . The brand name was initially only Condor . In 1983, a model supplemented the range, which was offered under the brand name Perentti . 1988 ended the car production. 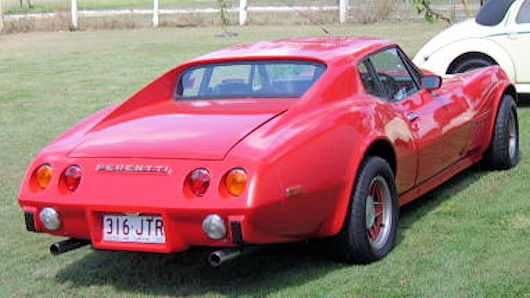 This was a coupe with a similarity to the Dino 246 , derived from the American Kelmark . The chassis of the VW Beetle was the base. The body was made of fiberglass . Various reciprocating engines from Ford and Mitsubishi and Wankel engines from Mazda were available.

The vehicle was presented at the 1983 Sydney Motor Show . The Chevrolet Corvette influenced the design. The coupe with 2 + 2 seats had two removable roof parts. A van chassis from Holden formed the base. Six-cylinder engines from Holden and V8 engines from Chevrolet and Holden stood for election.