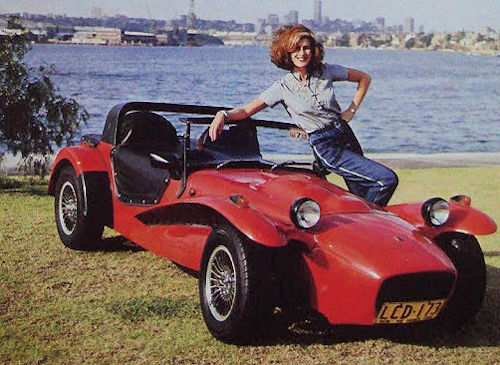 Canstel was an Australian car brand. in Sydney. by Specialised Fiberglass Mouldings.

The company Specialized Fiberglass Moldings from Taren Point in Sydney began in 1968 under the direction of Alan McCann and Graham Steele with the production of cars and kit cars . The brand name was Canstel . In 1973, production there ended after 40 manufactured vehicles.

GS Motor Bodies from Carlton near Sydney under the leadership of Terry O'Neill continued production of complete vehicles from about 1978 onwards.  It was here that another 55 vehicles made up to 1989 ,

The only model Clubman was a vehicle in the style of the Lotus Seven .

The open two-seater body was made of fiberglass . Initially came chassis and four-cylinder engine from the Triumph Herald . From 1978 came rotary engines from Mazda and gasoline engines from Toyota Celica used.  Also a Ford engine with 1600 cc displacement .