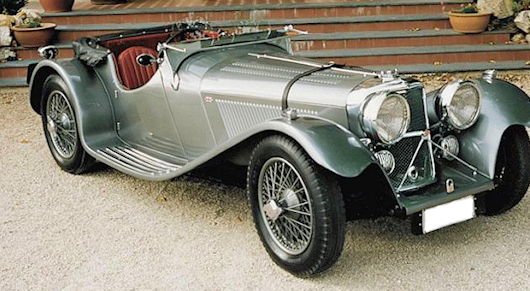 Ray Finch (born 1941) founded the company in 1964 in Mount Gambier as a repair shop. Later, the restoration of old vehicles was added. In 1985 he moved to Adelaide Hills . There he met Wayne Hocking, who also worked in the company afterwards. In the late 1980s, the company moved to Mount Barker . The production of automobiles has been running since 1990. The brand name is Finch .

The first model was the replica of the Jaguar SS100 . The chassis of the Jaguar Mark V formed at least at the beginning of the base. Also the six-cylinder engine with 3500 cc displacement and 125 hp and the transmission came from this model. The open body is made of aluminum ..

Since 1998 there are also replicas of the racing sports cars such as Ferrari’s TR250 with a 4.4-litre twin cam Ferrari V12, Jaguar C-Type and Jaguar D-Type with a Jaguar six-cylinder engine with 3800 cc displacement.