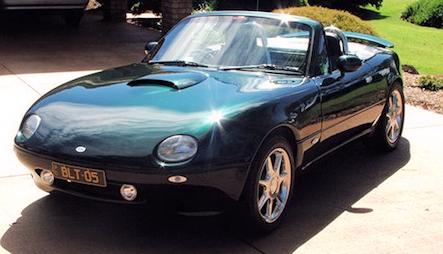 Dreamt up by John Bettini, the first Bullet car prototype was built in 1996 utilising a Mazda MX-5 body. The chassis was designed and fabricated by Barry Pearson; it consisted of a square-tube spaceframe onto which a 13B rotary powerplant from a Mazda RX-7 was fitted.

Two more years of development saw a number of cars built; the first V8 was powered by a TVR crate engine supplied by the customer. Bettini decided a Lexus 4LT Quadcam would be a more desirable choice and the next production run saw four normally aspirated cars built and sold. 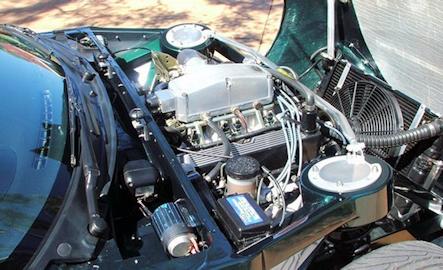 Sprintex, a supercharger company owned by Advanced Engine Components Ltd. (AEC) was commissioned to develop a supercharger system for the new "wide-body" model released in late 1999. AEC was so impressed with the supercharged Bullet SS that they purchased the Bullet company and set up a new manufacturing facility at Yatala in Queensland Australia.

AEC decided that the new Bullet Roadster and supercharged SS models should become fully Australian Design Rules (ADRs) compliant, and they invested heavily to achieve that end on 4 December 2002. All cars built from then on were classified as genuine production models and were priced at $98,000 for the Roadster and $118,000 for the SS.

Performance was spectacular with the 320 kilowatts (430 hp) engine taking the SS from zero to 100 km/h (62 mph) in less than 5 seconds. Braking and cornering were also outstanding due to the huge Brembo brakes and fully adjustable suspension attached to 18 × 9" wheels.