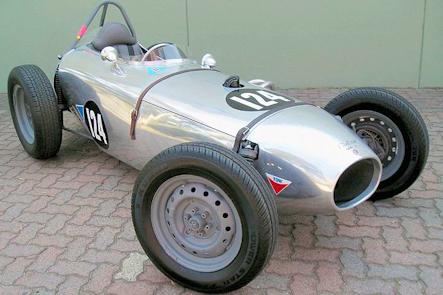 Bulant was an Australian automobile built in 1971 by Brian Rawlings at Annangrove, New South Wales.

The very first Bulant, this offset single-seat race car was constructed in 1961 and was the forerunner to a line of very effective sports cars built for clubman racing in Sydney between the 1960s and 1980s and by Brian Rawlings. His first car was built while Rawlings was still an apprentice and, it is said, was ready to race for the princely sum of 37 Pounds and 10 Shillings.
Rawlings cut up a bicycle to get frame tubes and robbed his Morris 8/40 to obtain an engine and gearbox.The Mark 1 Bulant was inspired by the front-engined Nota Formula Juniors and like them, had Ford-derived swing-axle front suspension, offset engine and gearbox plus an offset rear axle with the driver sitting on the undertray.
The Bulant proved remarkably successful on the track and is a great example of an Australian-made racing car, displaying all the ingenuity and skills of the builder

The Bulant Car was based on the Mini Cooper, and was a mid-engined fibreglass coupé. It was built on a fabricated steel frame, on which the Mini sub-frame was laid, and weighed 1177 lb (535 kg).

The Bulant factory was located next to the Amaroo Park motor racing circuit, which was used as the test track for the prototype Bulant, which had an aluminium body.

Rawlings sold two cars, but when prospective customers wanted their cars built to their exact specifications, Rawlings decided that he couldn't spare the time on future construction, and ended the project. The aluminium prototype survives today. 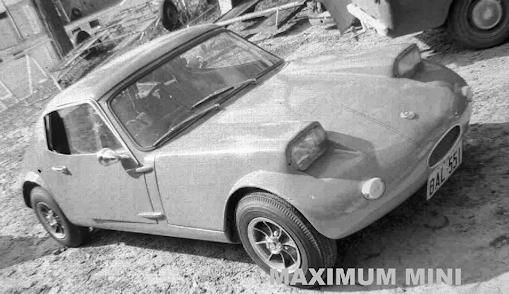