Buckle Motors was founded in 1927 in Sydney by William "Bill" Buckle Snr. as a Triumph and Talbot dealership on 127 William Street, becoming the sole dealership for those brands in New South Wales at the time. Buckle had previously as an Amilcar salesman in Melbourne. The dealership subsequently acquired the New South Wales franchises for Citroen, Armstrong Siddeley and DeSoto. In 1947 Bill Buckle Snr. died causing Bill Buckle Jr. to enter the family business.

In 1952 Bill Buckle Jr. traveled to England and found fibreglass-bodied sports cars being manufactured and a plastic sports car body at the 1953 London Motor Show. Upon his return, Buckle persuaded the company's other directors to construct a unique fibreglass-bodied sports car. With development lasting through 1945 and 1955, a prototype roadster was finally created in mid 1955 using Ford Zephyr components. After testing and minor design changes, the finished vehicle was first manufactured in June 1957 as the Buckle 2.5 Litre in a factory in Punchbowl, New South Wales. The coupe proved successful in racing however only around 25 were made.

In the late 1950s, Buckle realised that Australia's import taxes could be substantially reduced if a chassis was imported instead of a complete vehicle. In 1958 Buckle traveled to Dingolfing, Bavaria to discuss the manufacture of Goggomobil vehicles in Australia with Hans Glas. An agreement was reached in which the chassis, engine and running gear would be imported and the body would be manufactured in Australia at the Punchbowl factory. A few whole vehicles were initially imported to make fibreglass moulds from. The Buckle Goggomobils were almost identical to their German counterparts with the exception of Buckle's Goggomobil Transporter being more rounded.Thousands of Goggomobils were produced by Buckle Motors. At this time the company also began to sell Borgward, Goliath, Lloyd-Hartnett, Hillman and Humber vehicles. 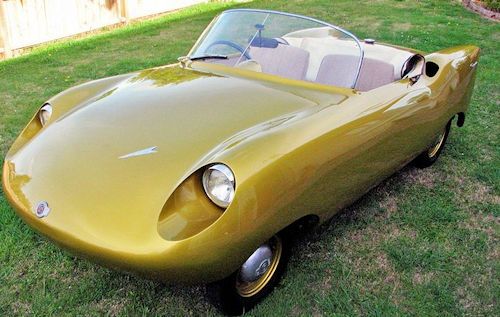