Officine Meccaniche or OM was an Italian car and truck manufacturing company, founded in 1918 in Milan as Societa Anonima Officine Meccaniche. It disappeared as such in 1975 subsumed into Iveco, but still exist as a forklift builder.

The inception of the company had resulted from the merger of two companies, Grondona Comi & C and Miani Silvestri & C.

Commercial vehicle manufacturer since its acquisition by Fiat in 1933. The biggest holders of OM was the Titano 1937.

OM baptized the mid-range vehicles with names of animals, allowing the Italians to call series "Zoo"
In 1950 OM presents its first medium truck tonnage, Leoncino. It was an immediate success because it has a wide cab and a robust chassis with an engine with proven reliability.

The other models are linked to a very fast pace for the time, but it was also to meet the needs of reconstruction of transport companies:
the Tigrotto in 1957,Tiger in 1958,,the Lupetto in 1959,the Cerbiatto and Daino 1964,the Orsetto in 1967.

All these medium trucks remained catalog OM for two decades.
In 1951, OM also has several large motor carriers, the Taurus was replaced by the Super Taurus in 1953.
In 1953 OM provides a vehicle for exceptional transport and construction sites and takes the name Titano (Titan) 6x4 8x4 version.
In 1955, OM Super Orione Orione replaces the old 1946 and OM launches the Tiger in 1958, all with advanced booths.
In 1961, OM presents the new generation of Titano, OM Titano 2 which will see a second series in 1966.
In 1967, OM replaces its average range by the 100-120-150 series, which will be the last truck with a true OM cabin, all the following models will be unified cab Fiat VI type "H"
In 1970, OM launched in Italy OM 190 and OM 260, which are manufactured Fiat-Unic Izoard 340 in France. They know that a short-lived, quickly replaced by Fiat 170/190 4x2 and Fiat 300 6x4.

The Titano is the precursor of all Italian  large straight trucks  the OM Titano 2 2nd generation replaced the Super Orione.

In 1967 the company OM, which was part of the Fiat Group since 1933, lost its status as an independent division and is grouped into Fiat Industrial Vehicles . The brand OM remains on calenders trucks but it is the Fiat consultants who are responsible for the design of new products. That same year launched models OM 120 and OM 150.
In 1970 OM presents a new series of heavy trucks 190 and 260, which replace Titano, equipped with advanced new Fiat VI cabins,
In 1972 OM sees its full range unified with that of Fiat VI. Its products still badged OM differ only in the logo.
In 1975, 1 January, which includes creation of Iveco Fiat VI builders - OM - Lancia VI - UNIC-FIAT and Magirus-Deutz. The ranges of all these manufacturers will quickly unified in all their components and Deutz air cooled engines quickly abandoned 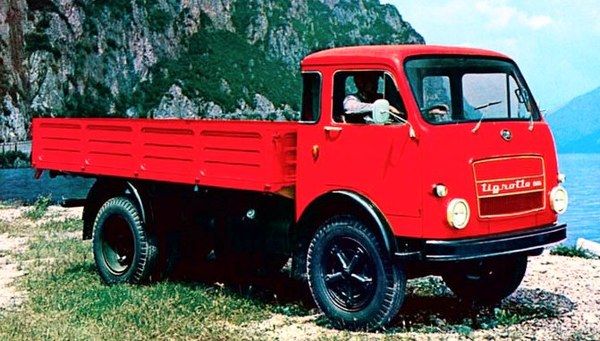 In 1925 OM began to build trucks and buses, using licensed Swiss Saurer engines and other mechanical components. Ties with Saurer persisted all along OM life. 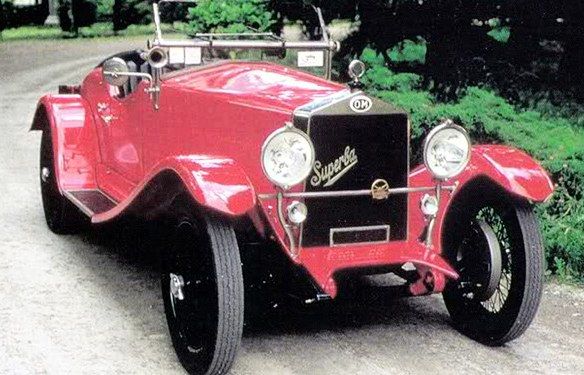 OM was taken over by the Fiat Group in 1938 and in the following year passenger car production ceased, and OM became a commercial vehicle and train part manufacturer.

Main new product in the WWII post-war era was the Leoncino (1950) a light truck in the 2.0 to 2.5 tons range, which was an immediate success. It became the forefather of several series of heavier but structurally similar models, namely Tigrotto, Tigre, Lupetto, Cerbiatto and Daino, launched between 1957 and 1964. Bus chassis versions of several of these models were also available.

In the 60s and 70s the light and medium-weight OM truck ranges were sold in Switzerland as Saurer-OM or Berna-OM, in Austria as Steyr-OM, in France as Unic-OM, and in Germany as Büssing-OM.

The end of OM

In 1968 OM was definitively merged into the Fiat Group as a brand belonging to the Commercial Vehicles division, which also included Fiat and Unic.

In 1975 it was absorbed (as part of the Fiat Group) into IVECO and the OM brand disappeared from the truck and bus markets, although it still survives as an independent forklift manufacturer. 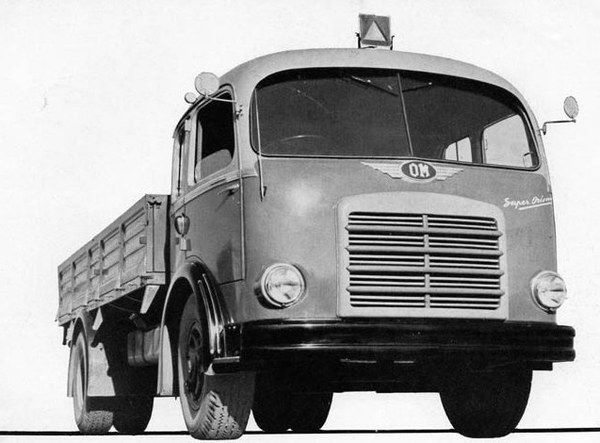