The first generation of the 240SX can be divided into two distinct versions, both having the sporting advantage of rear wheel drive standard. Each of these variants came in two distinct body styles: fastback, which was offered in both base and SE trim, and coupe, which was offered in base, LE and SE trim levels. Both styles shared the same front bodywork as the Japanese-market Nissan 180SX, featuring the sloping front with pop-up headlights. This bodywork distinguishes the coupe model from its Japanese-market counterpart, the Silvia, which featured fixed headlights. Both styles in all markets share the same chassis, and with few exceptions, most components and features are identical. The 240sx is a popular car in the sport of drifting due to its long wheelbase, low cost, ample power, and abundant aftermarket support. 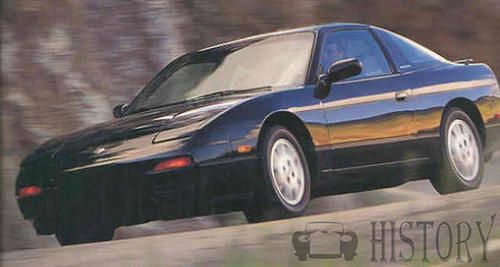 1989 and 1990 models are powered by a naturally aspirated 140 horsepower (100 kW), 160 pound-feet (220 N·m) 2.4l SOHC KA24E engine with 3 valves per cylinder (instead of the turbo-charged and intercooled 1.8-liter DOHC CA18DET offered in Japan and Europe in the 180SX and Silvia). Four-wheel disc brakes were standard, with antilock brakes available as an option on the SE. Both models were offered with either a 4-speed automatic or 5-speed manual transmission. "Coupes" offered a Heads-up display (HUD) with a digital speedometer as part of the optional Power Convenience Group. 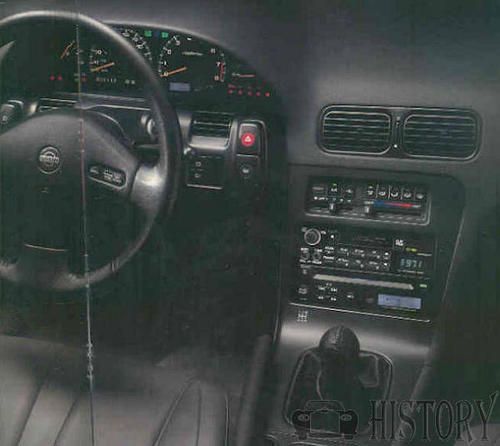 The 240SX received some updates in 1991. This gave the car an overhaul that included a minor update of the exterior and a new cylinder head. The front bumper was updated and a new "LE" hatchback trim package was added that included leather interior. The SOHC KA24E was replaced by the DOHC KA24DE, now with 4 valves per cylinder, rated at 155 horsepower (116 kW) and 160 pound-feet (220 N·m). An optional sports package including ABS, a limited slip differential, and Nissan's HICAS four wheel steering was now available on hatchback models. In 1992, a convertible was added to the lineup and was exclusive to the North American market. These vehicles began life in Japan as coupes and were later modified in the California facilities of American Specialty Cars (ASC). For the 1994 model year, the only available 240SX was a Special Edition convertible equipped with an automatic transmission. The US 240sx convertible differed from the Japanese market version, in that the Japanese market model had a power top cover boot, whereas the US market model had manually installed boot cover once the top is down. 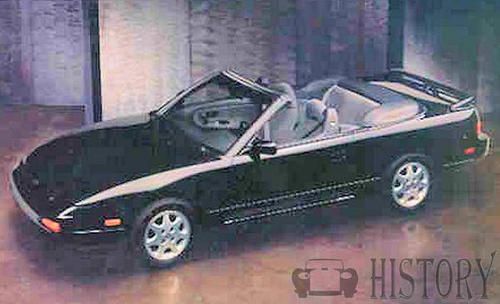 The S13 was known for sharp steering and handling (thanks to front MacPherson struts and a rear multilink suspension) and relatively light weight (2700 lb) but was regarded in the automotive press as being underpowered. The engine, while durable, was a heavy iron-block unit that produced meager power for its relatively large size. It was only modestly improved by the change to the DOHC version in 1991. These engines are the primary difference between the North American 240SX and the world-market Silvia/180SX/200SX. The KA24DE did not come turbocharged while the SR20DET did. Other differences include a standard limited slip differential on overseas and Canadian models, available digital climate control in Japan, and manual seat belts standard in Japan and Canada vs. automatic restraint seatbelts in America. 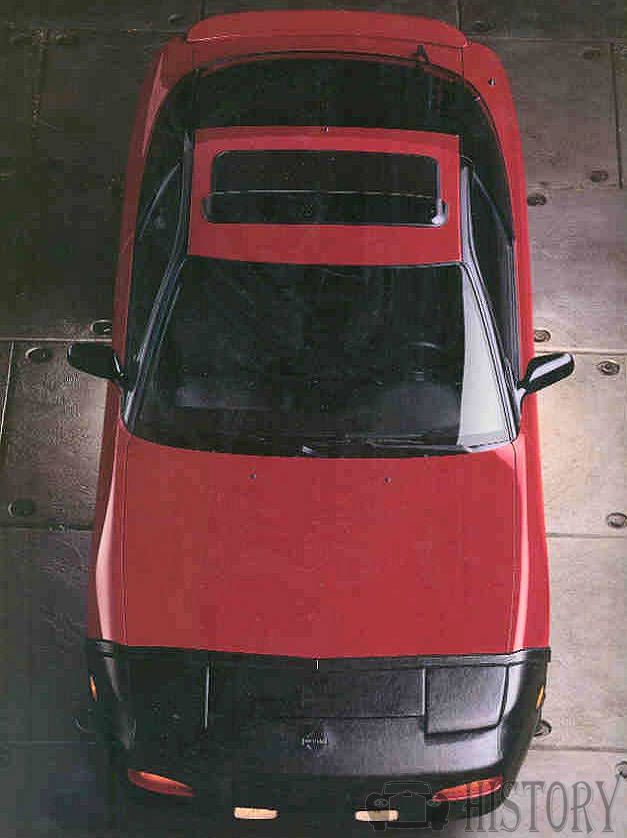