Automotive manufacturer of Bunnythorpe.New Zealand From 1989 to 2002. 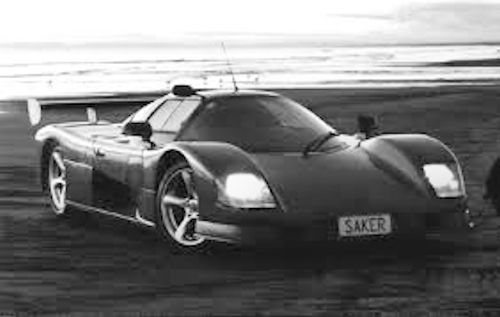 Turnbull Engineering is a New Zealand manufacturer of automobiles . The brand name is Saker .

Bruce Turnbull founded the company in Bunnythorpe . He started in 1989 with the production of automobiles. Then fom 2002 Saker Sportscars from the Netherlands produced the cars .

The first model SV 1 was built in 1989. This coupe is a racing sports car still with road MOT approval The Sprint was an open-top version. Various motors are in mid engine design mounted behind the seats. Engines used such as four-cylinder and V8 engines from Rover with 3900 cc engine capacity ,also larger from Chevrolet and Ford with 5000 cc capacity. They were also sold in the UK and Japan. the race-only version as the Saker GT

By 1995 followed the models Rouzy and Sambar fitted with four-wheel drive system . The engines came from Subaru . The bodies were made of fiberglass .