Automotive manufacturer of Auckland ,New Zealand From 1967 to 1973. 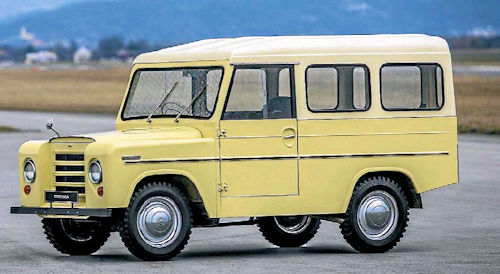 Trekka was a New Zealand car brand. The brand name was Trekka .

The company Motor Lines ltd headed by Phil Andrews imported vehicles from Škoda . In 1964 a multi-purpose vehicle has been developed. 1966, production began. Motor Holdings Group from Auckland , the Škoda vehicles continued production from  1967 to 1973, when the production ended.  Total built about 2500 vehicles.

The only model was the Trekka . It was based on the chassis of the Škoda Octavia from the time . On it a steel body was mounted. The cover above the loading area was optionally made of fabric or fiberglass . The four-cylinder engine from the Octavia powered the vehicle. This had 72 mm bore , 75 mm stroke , 1221 cc displacement , and 47 PS output. The vehicle was exported to Australia and Indonesia .