Automotive manufacturer of Christchurch,New Zealand From 1973 to 1979. 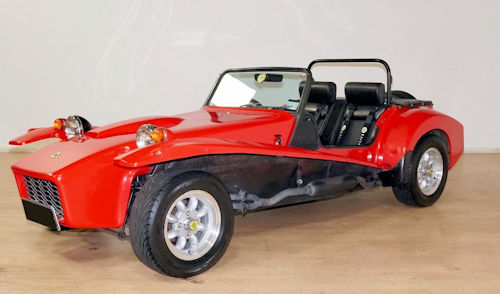 The Christchurch-based company that had built Toyota Motor-cars at the factory,acquired 1973 Lotus Cars rights and designs for the Lotus Seven fourth series. This is how the production of automobiles began. The brand name was Lotus . By 1979 ended the production when the last of the 95 kits provided by Lotus was used up.

The original Lotus chassis has been strengthened. This weighed 9 kg more than before. Unlike the originals they came with carpet, centre console glove-box,a radio, and even a hardtop. First, a four-cylinder engine from Ford with 1558 cc displacement drove the vehicles. From this model created more than 100 vehicles.