Automotive manufacturer of Rotorua ,New Zealand From 1962 to 1999. 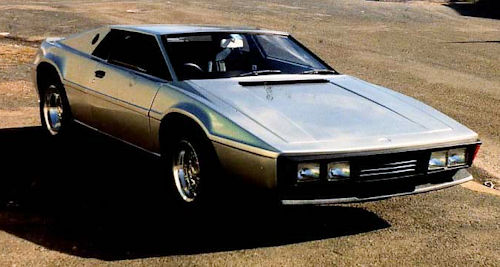 Heron Developments Limited was a New Zealand manufacturer of sports automobiles . The brand name was Heron .

Ross Baker founded the company in Rotorua in 1962 . He started in 1965 with the production of racing cars. Between 1983 and 1990, street-legal built automobiles were added.

The Mk 1 from 1965 was similar to the Lotus 23 and had a four-cylinder engine from Ford with 1,500 cc engine capacity . The following Mk 2 was designed for the inclusion of the six - cylinder boxer engine from the Chevrolet Corvair . However, later vehicles received V8 engines from Daimler SP 250 and Ford.

1983 appeared the MJ 1 . This was a two-seater mid-engine coupe with a fiberglass body with flat front . A four-cylinder Fiat engine with OHC valve control and a displacement of 1600 cc was located behind the seats . The transmission had four gears. Later a larger engine with 2000 cc and a five-speed gearbox. By 1985, 24 vehicles were created. At this time was switched to an engine from the Ford Telstar or Mazda 626 .

In 1989 came the technically identical MJ 2 s with a more stream line body . The vehicle was a bit longer and could accommodate 2 + 2 seats.