Automotive manufacturer of Auckland; New Zealand From 1987 to 1990. 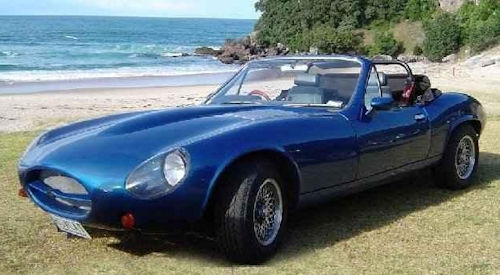 Cheetah Kit Cars Limited was a New Zealand manufacturer of automobiles . The company was based in Auckland .The brand name was Cheetah .

The model was a roadster was similar to the Jaguar E-Type using a fibreglass moulding . The base was the Holden Kingswood . Even the rear window was used as a windshield The doors incorporate wind up windows. The gauge was 6 inches (about 15 cm) wider than the prototype. Motors came from Holden and V8 engines from Ford .