Automotive manufacturer of Gisborne ;New Zealand From 1922 to 1929. 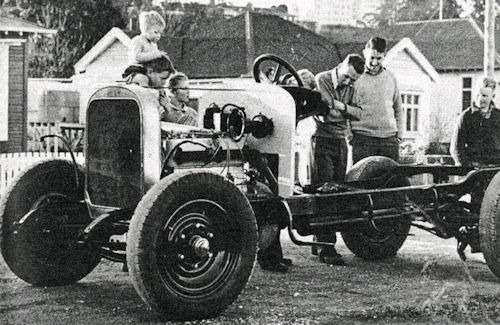 Carlton Car Company was a New Zealand manufacturer of automobiles from the 1920s. The brand name was Carlton .

John North Birch, who previously operated Marlborough Engineering , founded the company in 1922 in Gisborne . He started with the production of automobiles.  1928 ended production. In 1929 a fire destroyed the factory. Overall, only between two and four vehicles.

The first model was relatively large. A farmer bought a vehicle, which was body-built as a truck , and in addition an unfinished vehicle as a spare parts warehouse. The last vehicle was a small car and was about the size of the Austin 7 . A vehicle still exists.