Automotive manufacturer of Doetinchem;Netherlands from 2005 on 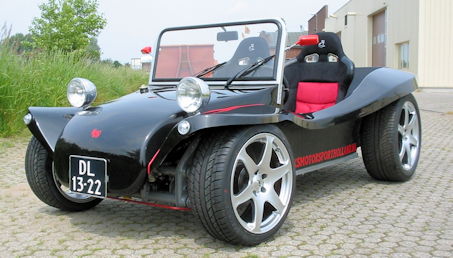 KS Motorsport Holland is a Dutch manufacturer of VW buggy automobiles and parts for VWs .

Two brothers began in the 1990s  Over the years, they turned their hobby into a career in 1992 and founded the company in Doetinchem . In addition to repairs and restorations, vehicles have also been manufactured since 2005.

As the first model appeared in 2005 a buggy on a shortened chassis of the VW Beetle . 2007 followed the model Roadster ST .