Automotive manufacturer of The Hague Netherlands from 1907 to 1909. 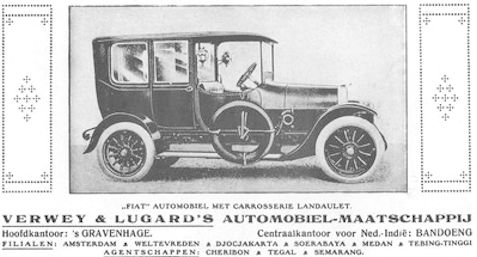 Verwey & Lugard's Automobiel-Maatschappij was a Dutch manufacturer of automobiles in the early part of the 20th century .

The company from The Hague began in 1907 with the production of automobiles. By 1909 ended production.

The brand name was VLAM . The vehicles were also sold to the Dutch East Indies . The company also sold vehicles from Fiat and Peugeot .

The company purchased parts from DFP and then manufactured complete vehicles. The model 8/9 HP had a single-cylinder engine . In addition, a model with a four-cylinder engine with 1900 cc .