Automotive manufacturer Stompwijk,Netherlands From 1907 to 1911. 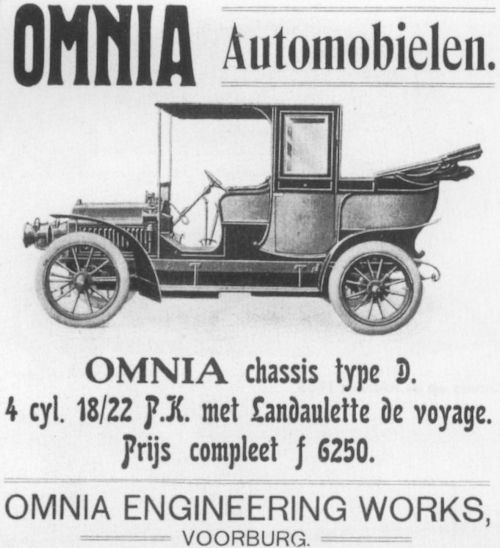 Omnia was a Dutch car brand from the 1900s

The company Houwing & Co from Stompwijk began in 1907 with the production of automobiles . 1908 was renamed NV Omnia engines and the move to Voorburg. In 1911 the production ended. 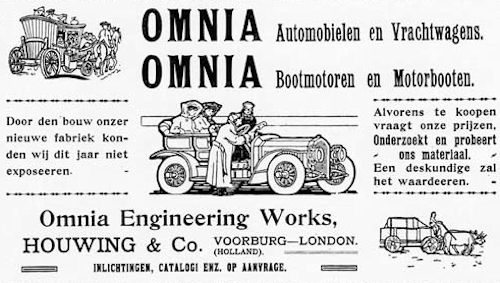