Automotive manufacturer of Kesteren Netherlands from 1972. 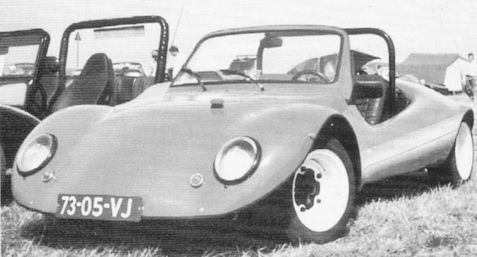 Majoni Plastics is a Dutch company and was a manufacturer of automobiles in the 1970s .

The only model Euro Buggy was a buggy with a unusual streamlined beetle front end look, designed by Huub Kortekaas in 1972 this was built on the VW beetle chassis.