Automotive manufacturer of Dieren.Netherlands from 1970. 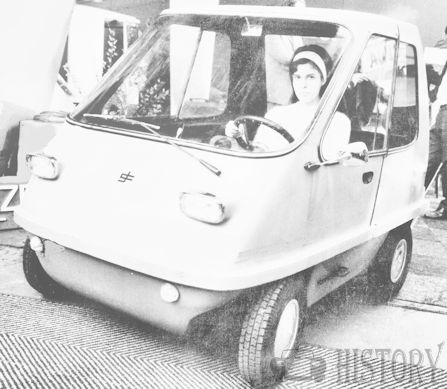 Koninklijke Gazelle was a Dutch bicycle company that originally also made motorized small vehicles and motorcycles.

With around 12 million bicycles sold and over a century of company history, it is considered the largest bicycle company in the Netherlands .

The company was founded in 1892 by Willem Kölling and Rudolf Arentsen . These initially imported English bicycles for resale. In 1902, the company began its own production under the name Gazelle, which was coined by the Dutch colonial history .

In addition to bicycles, the company also produced motorized bicycles and tricycles; the latter were preferably needed as transport vehicles and provided with appropriate structures.

In 1970, a two-seater light vehicle was built . For the drive provided a two-stroke engine . The vehicle remained a prototype .