Automotive manufacturer of s-Hertogenbosch.Netherlands from 1898 to 1902. 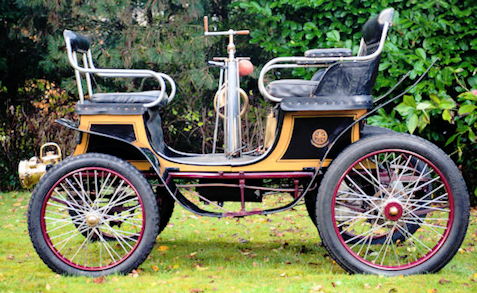 BA Jansen was a Dutch manufacturer and importer of bicycles , motorcycles and early automobiles at the turn of the 20th century.

The company from 's-Hertogenbosch was founded in 1883.  The import of bicycles began. This was followed by manufacturing its own bicycles, as Yankee style were marketed. In 1898 the import of vehicles came from De Dion-Bouton  added, and later Cambier. By producing its own motorcycles and cars only ran from 1898 to 1902.The brand names denominated both Jansen and De Toerist .

One model was a tricycle and had a single-cylinder engine from De Dion-Bouton with 3 ½ hp power.  In addition, there was a four-wheeled Voiturette front engine of De Dion-Bouton and 3 ½ hp, later 4 ½ hp shown above.