Automotive manufacturer of Netherlands from 1940 to 1944. 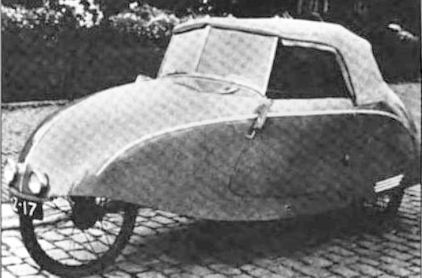 International Automobiel Maatschappij was a Dutch manufacturer of automobiles .The brand name was Story during the first two years , then International .

As Story .This was a 3 wheel car with the single wheel in front. For the drive provided an electric motor from Utrechtse Electromotorenfabriek EMI with 1.3 hp , which drove the left rear wheel. The maximum design speed was given with 29 km / h and the range with 60 km. About 75 copies were made.As International Under this brand name, there was the model Electrotax . This model was also a tricycle, but with the single wheel at the back. The vehicle was used as a taxi . The driver sat in the back in the open, the passengers in the front in a closed compartment. The drive was again provided by an electric motor. 24 copies were made.