Automotive manufacturer ofheemstede. Netherlands from 1902 to 1906. 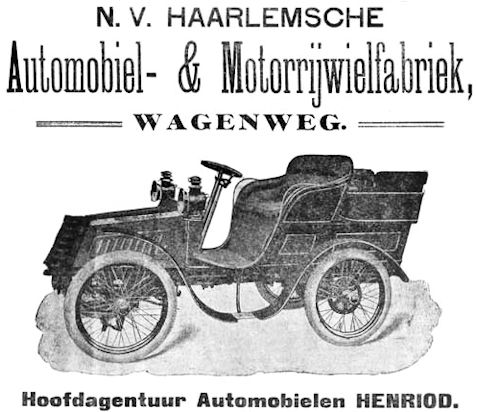 Haarlem Automobiel en Motorrijwiel Fabriek was a Dutch manufacturer of automobiles and motorcycles in the early part of the 20th century..

For the drive provided a single-cylinder engine with 2 hp , which was supplied by Altena .