Automotive manufacturer of Groningen.Netherlands from 1898 to 1900. 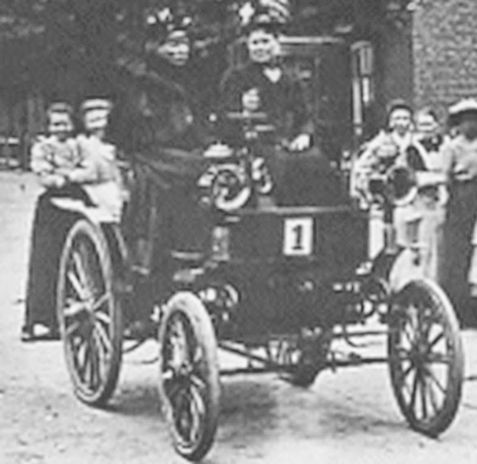 Groninger Motorrijtuigenfabriek was a Dutch manufacturer of automobiles at the turn of the 20th century .

The company from Groningen began in 1898 under the direction of Johannes van Dam junior with the production of automobiles. The brand name was Groninger .

The company exhibited two vehicles at the first Dutch automobile exhibition in 1899. The drive was provided by self-developed water-cooled engines with 2½ hp and 4 hp. These were the first Dutch automobiles with a Dutch engine. The weight was 800 kg, the design maximum speed of the stronger model 25 km / h. The body type Dos-à-dos offered space for four people sitting back to back.

The company again exhibited vehicles at an industrial show in Amsterdam in 1899. After that, two more buses were created for the Hollandsche Automobiel Maatschappij in Delft .1900 production ended