Automotive manufacturer of Angle .Netherlands from 1982 to 1989. 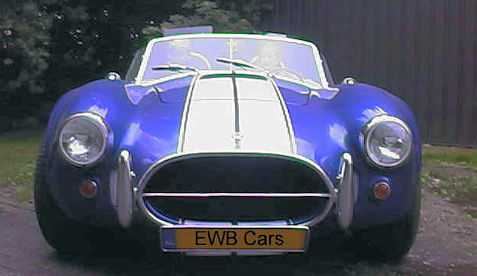 EWB Cars was a Dutch manufacturer of replica kit car automobiles in the 1980s .

The racing driver Enno Bertus Wijkstra  founded the company in Winkel in 1982 and began manufacturing automobiles. 1989 ended production. The brand name was EWB  from there name.

The company produced replicas of the AC Cobra . The license came from Perry Automotive Design Ltd. Offer the models were Cobra 300 with a six-cylinder engine from Ford with 3,000 cc displacement and Cobra 350 with a V8 engine from Rover with 3500 cc capacity.