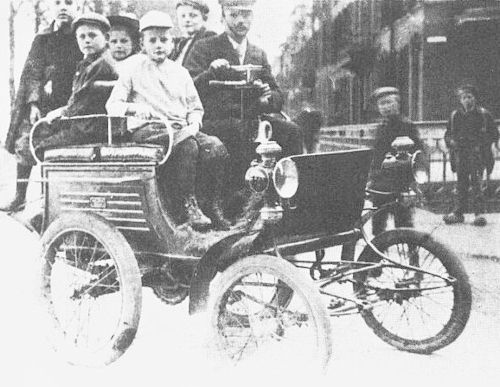 Entrop was a Dutch bicycle and car brand from the 1900s

The company Gravemoersche Rijwielen- en Motorrijwielenfabriek  in  Gravenmoer was headed by Marinus Entrop. From 1906 bicycles were produced. 1909 began the production of automobiles. In the same year the production ended. Of the four automobiles produced, two were sold within the Netherlands, one to Brazil and one to the Dutch East Indies .

The four-wheeled model was more luxurious than the tricycle and could be equipped with a proper steering wheel.