Automotive manufacturer of maarheeze.Netherlands from 1997 to 2004. 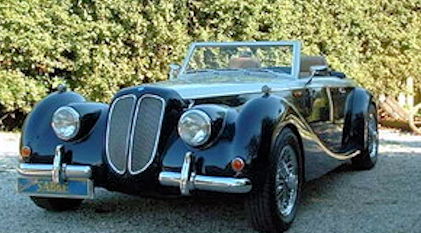 Empire Car was a Dutch manufacturer of neo classic automobiles .

The company from Maarheeze exhibited in 1997 for the first time at the Techno-Classica in Essen . The series production ran from 2001 to 2004.

The only model Saber was based on a license from Royale Motor Company and corresponded to the Royale Saber in looks and detail. It was an open vehicle in the style of the 1930s .