Automotive manufacturer of Hulst.Netherlands from 1979 to 1984. 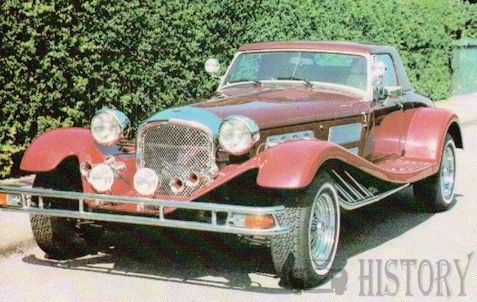 Desande was a Dutch manufacturer of Neo classic automobiles .

The company from Hulst started in 1979 with the production of luxury automobiles. 1984 ended production.

Initially was chassis of the Ford LTD II or the identical Ford Thunderbird with a length of 2944 mm as well as the engine, transmission and power transmission from Ford used. The choice was V8 engines with 5000 cc and 5800 cc displacement with auto gearbox . Later, chassis from the Chevrolet Impala and V8 engines from General Motors 5000 cc used. The vehicles were in the style of the 1930s.The interior was luxurious with electrically adjustable leather seats, air conditioning and a wooden dashboard and a hard top option.

The London Company Grand Prix Metalcraft made the aluminum bodywork and also made the car in the UK.