Automotive manufacturer of Amsterdam.Netherlands from 1969 to 1972. 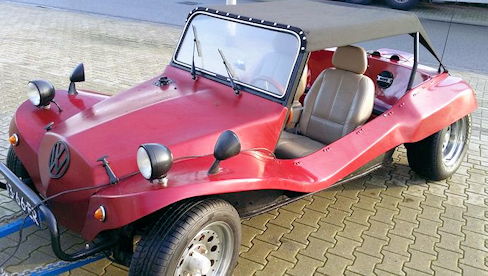 Bruvo BV was a Dutch manufacturer of kit car automobiles.

Frits de Vos made a buggy in 1967 for his own use. His friend Bernard de Bruyn helped him financially.

In 1968 they jointly founded the company Bruvo BV In 1972 the production ended after about 300 manufactured copies.The only model was a buggy, which arose on shortened chassis of the VW Beetle . The prices were 2000 Dutch guilders for the kit , 4600 guilders for a complete vehicle in standard design and 7500 guilders for the luxury turn key version, which had a 1500 cc VW engine .