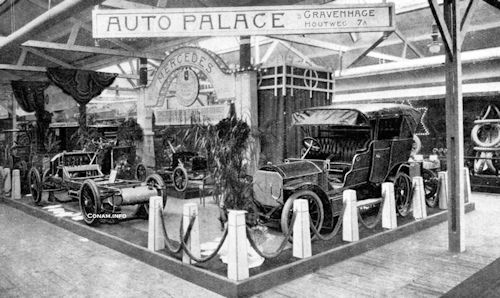 Auto-Palace was a Dutch importer and for a short time also a manufacturer of automobiles from the Haag Netherlands.

The company from The Hague was already active before 1908 as an importer for vehicles of Hansa , Itala , Mercedes , Saurer and Unic .

At the car exhibition RAI in January 1908, the company exhibited its own vehicles for the first time.The only model 6/12 PK  had an imported four-cylinder engine . On offer were the body types  a basic car for 2925 Dutch guilders ,to a Landaulet for 3895 guilders and limousine for 4140 guilders. These models were not a success. In late August 1908, the last self-produced cars were sold.

As a dealership for Mazda , the company was still active until a few years ago, before being taken over by Mazda dealer Auto Haagstad bv .