In 1952, the Minor line was updated with an Austin-designed 803 cc (49.0 cu in) overhead valve A-series engine, replacing the original side-valve unit. The engine had been designed for the Minor's main competition, the Austin A30, but became available as Austin and Morris were merged into the British Motor Corporation. The new engine felt stronger, though all measurements were smaller than the old. The 52 second drive to 60 mph (97 km/h) was still calm, with 63 mph (101 km/h) as the top speed. Fuel consumption also rose to 36 miles per imperial gallon (7.8 L/100 km; 30 mpg-US).

An estate version was introduced in 1952, known as the Traveller (a Morris naming tradition for estates, also seen on the Mini). The Traveller featured an external structural ash (wood) frame for the rear bodywork, with two side-hinged rear doors. The frame was varnished rather than painted and a highly visible feature of the body style. Commercial models, marketed as the Morris Quarter Ton Van and Pick-up were added in May 1953. Rear bodies of the van versions were all steel. The 4-seat convertible and saloon variants continued as well.

A horizontal slat grille was fitted from October 1954, and a new dashboard with a central speedometer was fitted. Almost half a million examples had been produced when the line ended in 1956. 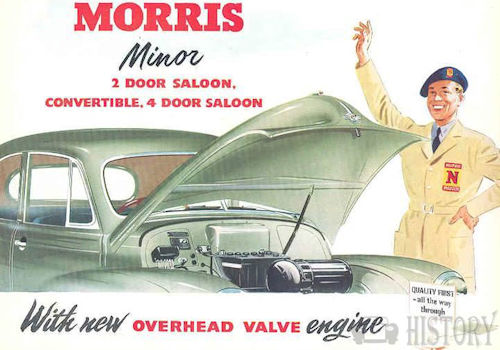 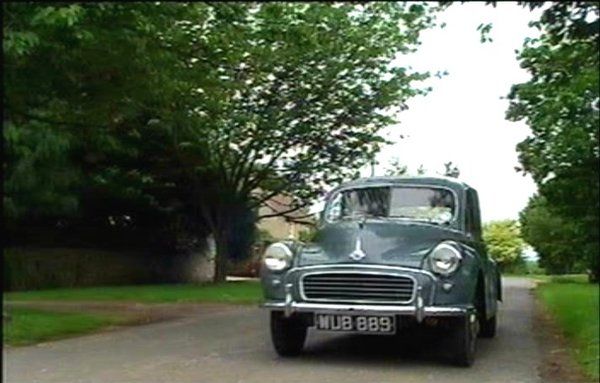