The Mitsubishi Toppo is a small leisure automobile that Mitsubishi Motors manufactured from 1990 to 2004. The car was derived from the Minica . The vehicles were equipped with a small three-cylinder inline engine with 657 cc and 30-46 hp (22-34 kW) or a four-cylinder in-line engine with 659 cc and 50-55 hp (37-40 kW). There were manual four- or five-speed transmissions, as well as automatic transmission with three or four stages avaliable. 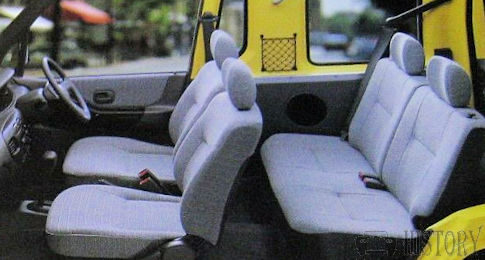