The Mitsubishi Starion is a sports car from Mitsubishi Motors . It was manufactured from May 1982 to June 1990 at various production sites. In North America, it was also marketed as Conquest by the Chrysler , Dodge and Plymouth brands . The Starion is considered the founder of the Japanese turbocharger era, although it was not the first turbocharged vehicle on the market.

As part of the facelift was from September 1987, a 2.6-liter engine (engine ID 4G54B, also with 4 cylinders, turbocharger and intercooler) installed, and revised the body. The result was the so-called "Widebody" with aggressively flared wheel arches and three-piece spoilers front and rear. The "big" model has the designation A187 (A) and was equipped as standard with two catalytic converters and a rather complicated exhaust gas treatment system. The 2.0 models were rarely equipped with catalytic converter (mostly for the US market with the then strict exhaust gas regulations for imported cars). A further development of the A187 is the equipment B 'VIRAGE'  with a power increase to 205 kW (279 hp). Of these vehicles, only a few were built at the end of the series in addition to the A187 (A). Mitsubishi responded to the new Toyota Supra 7M-GTE (from 1987) with comparable performance data, as the 3000GT was not ready for mass production. 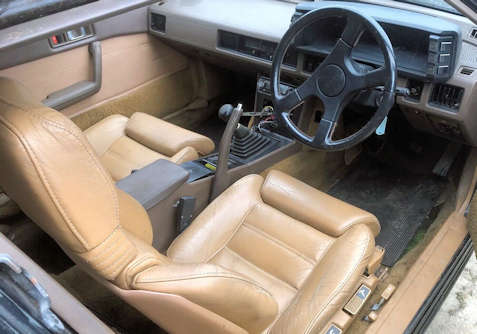 The vehicle identification numbers begin with Mitsubishi with JMBA, followed by the model (eg 187), the series (eg AMLK, in which also the year of construction is coded) and the current production number (6-digit) and are located at the bulkhead behind the front catalyst. At Chrysler they are called differently, z. B. JACC ... and are read through the windscreen behind the dashboard, sometimes on the B-rail of the driver's door.The four-cylinder engines have "silent shafts" balancer shafts . This technology, patented by Mitsubishi, was also used by Porsche for four-cylinder engines. These are two shafts in the engine block with imbalance weights rotating at twice the crankshaft speed, giving the engine a smooth ride. All engines have a two-point injection system, which is controlled by a so-called ECU based on a single-chip microcomputer 8049 . The ECU is supplied with data from a variety of sensors.

The Starion's braking system had ventilated discs from the beginning and rear. The brake force control system on the rear axle is called ASBS and can be regarded as the predecessor of the ABS . In the trunk floor, a G-sensor is installed. With the help of this sensor, which determines the vehicle movement (G-forces), the brake pressure of the rear wheels is controlled. 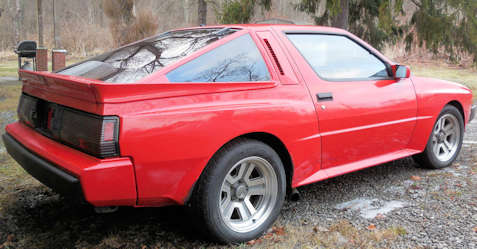