The Mitsubishi Savrin is a van that Mitsubishi Motors produces and sells in Taiwan . The first generation from 2001 to 2004 was a locally assembled Mitsubishi Chariot Grandis .

The second generation offered since 2004 is based on a revised platform of the Mitsubishi Grandis with an independent design. The Mitsubishi I4 1997 cc and 2378 cc MIVEC (with variable valve timing) Direct injection petrol engines transmit their power through 4-speed semi-automatic transmission. 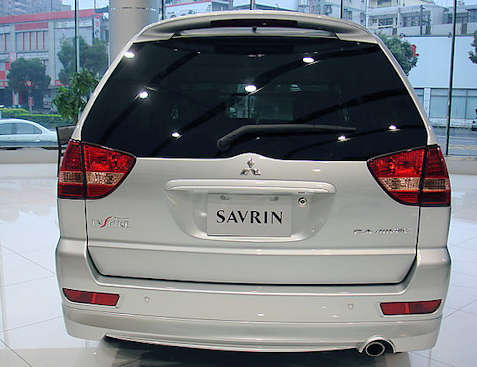