The Mitsubishi Lancer Evolution X will feature a completely redesigned ,All aluminium panels and computer systems. Among other things, a brand new engine and a new four-wheel drive system and clutchless six-speed transmission .

The Mitsubishi Prototype X Concept debuted at the 2007 North American International Auto Show (NAIAS) in Detroit , Michigan, USA. There was a rumor in the press that the concept in reality is a slight modification of the Lancer Evolution X, and the production model will have minimal differences. 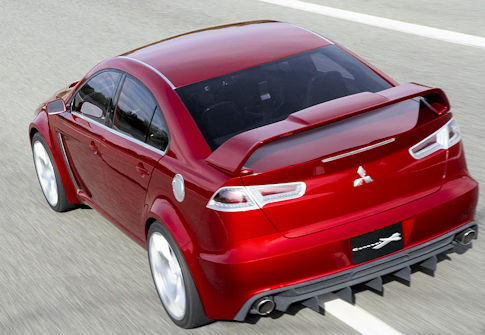