The Mitsubishi 380 is a mid-range car model manufactured by Mitsubishi Motors Australia Ltd (MMAL). Introduced in 2005, the vehicle is the successor to the 1985 produced Mitsubishi Magna / Verada models. Like this he is based on the Japanese Mitsubishi Galant .

The company invested over 600 million Australian dollars to develop the vehicle and put it into production at Tonsley Park, Australia.

The Mitsubishi 380 continues MMAL's tradition of producing front-wheel drive sedans for the Australian market, competing against rear-wheel-drive sedans like the Ford Falcon and the Holden Commodore . 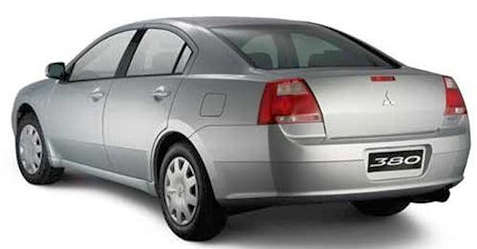