The Jeep was introduced to the Japanese market as the Jeep J3 in July 1953 after Willys agreed to allow Mitsubishi to market the car themselves. The name was not in reference to "CJ3", but rather denoted the fact that 53 "J1"s (CJ3-A with 6-volt electrics) were built for the Japanese regional forest office and circa 500 "J2"s (CJ3-A with 12-volt electrics) were built for the National Safety Forces. Mitsubishi was to continue knock-down production of vehicles derived from the CJ-3B design until August 1998, when tighter emissions and safety standards finally made the Jeep obsolete. In total, approximately 200,000 units were built in this 45-year period. Short, medium, and long wheelbases were available, as well as a variety of bodystyles and gasoline as well as diesel engines. In Japan, it was sold at a specific retail chain called Galant Shop. 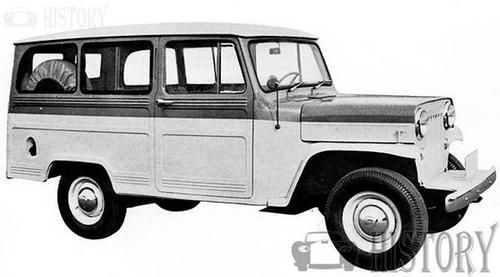 The original J3 was a basic, doorless and roofless version, still with left hand drive even though the Japanese drive on the left. The first right-hand drive versions didn't appear until nearly eight years later (J3R/J11R). The original J3 and its derivatives were equipped with the 2.2 L (2,199 cc) F-head "Hurricane" (called JH4 by Mitsubishi, for Japanese Hurricane 4-cylinder) inline four-cylinder, originally producing 70 PS (51 kW) at 4,000 rpm. In 1955 a slightly longer wheelbase J10 which could seat six was added, and in 1956 the J11 appeared, a two-door "delivery wagon" with a full metal body. This was considerably longer, at 433 cm (170 in) versus 339 cm (133 in) for the J3.

Local production of the JH4 engine commenced in 1955. A locally developed diesel version (KE31) was introduced for the JC3 in 1958, originally with 56 PS (41 kW) at 3,500 rpm but with 61 PS (45 kW) at 3,600 rpm a couple of years later.By 1962, the output of the gasoline JH4 engine had crept up to 76 PS (56 kW). By the time of the introduction of the longer J20 in 1960, a six-seater like the J10 but with a differently configurated (more permanent) front windshield as well as available metal doors, Mitsubishi had also added small diagonal skirts to the leading edge of the Jeep's front fenders. This style was to remain the last change to the sheetmetal up front until the end of Mitsubishi Jeep production in 1998. The last iteration of the Japanese Jeeps was the J55. 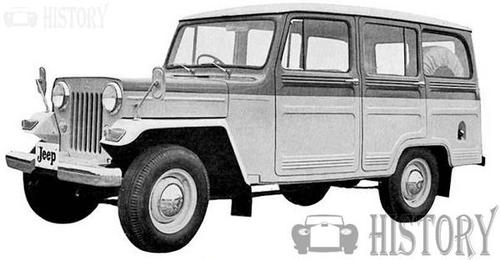