The first generation of the Clubman belongs to the class of small cars . Particularly striking are the two rear doors. For the access for the rear passengers is only on the right side of the vehicle door is available, which is opened to the rear.

The vehicle has been extended by 24 cm compared to the main model of the Mini. The boot is still small for a estate at only 260 litres but with the rear seats down boot space is 930 litres. The name Clubman is a new name of Mini for the combined model. Traditionally, Traveler or Countryman was once used for these vehicles. As with the base model , the Clubman could be ordered as One, Cooper, Cooper D, Cooper SD, Cooper S or John Cooper Works (JCW). 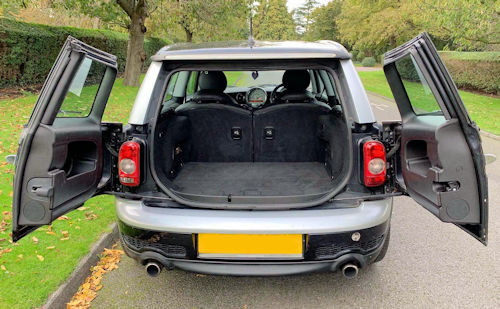