The second generation was announced in 2013 and presented for the first time at the Geneva Motor Show 2014. In addition to the two rear trunk (boot) doors, the vehicle now also has two full-length rear passenger entry doors. With a vehicle length of 4253 millimeters, the Clubman belongs to the compact class .The MINI Clubman scored four out of five stars in Euro NCAP safety testing.The car is fitted with 8 airbags in total.

Until the introduction of the second generation of the Mini Countryman , the car was thus the largest product in the mini-offer. In the rear doors large horizontal taillights are used with a different light design from the other body styles with Cooper S and JCW models available.
Also in the Clubman engines are installed from the new BMW kit, that is, there are also row-three-cylinder diesel engines and all Comply with EU6 emission standard. 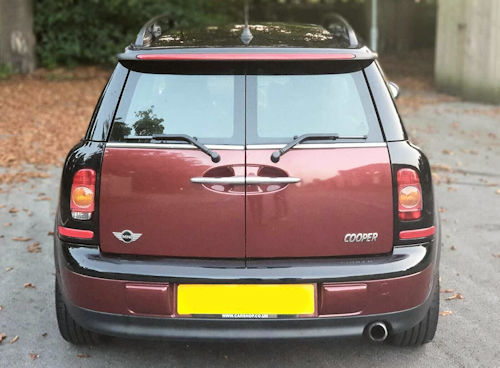 At the Shanghai Auto Show in April 2019, a facelift was presented. For the intelligent emergency call a SIM card is permanently installed, so that the Clubman is always online; Connected navigation equipment automatically transfers map updates.  Radio with Bluetooth , USB port and 6.5-inch color display is standard. Furthermore, the doors can be locked with a smartphone and the flashlight, horn, ventilation can be operated as well as the position of the car and its tank contents can be displayed. Also LED taillights have Union Jack design on request as below now so called the "Brexit taillights" with the departure from europe. 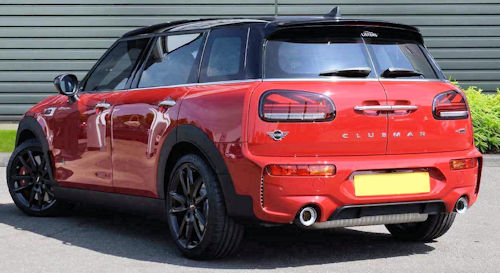