The MG ZR is a sporty hatchback that of the brand MG of MG Rover Group was established by mid-2001 and spring of 2005. The design was for a Rover 25 GTI thought before BMW bought the company, but then the new owner did not want to continue this sport variant "Hot-Hatch", so MG took over the concept and called it MG ZR. The car received a number of changes in styling and a power injection,  an improved sports suspension. 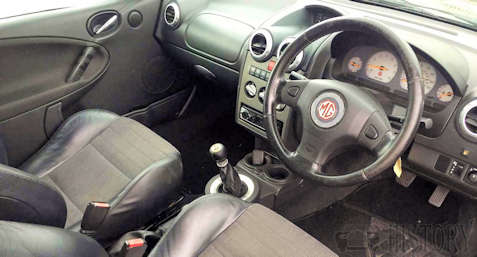 In early 2004, the ZR received a facelift, as did the other MG Rover models . New front and rear bumpers, new headlamps, a new tailgate and a host of other details gave the car a new, more modern look. The ZR also received a new interior. Upholstery materials and the dashboard were renewed, the car got "soft-touch buttons". This gave the car a much more modern feel and got along with the angular lines of the bodywork.

The revised ZR also featured the Trophy and Trophy SE models . The Trophy had a sunroof, 16 "alloy wheels with" grille spokes ", new taillights, leather steering wheel, as well as entry widenings and a larger rear bumper. The Trophy SE had 17 "alloy wheels in a sleek design and air conditioning instead of the sunroof. Buyers were able to choose many optional extras to personalize their ZRs, such as rear parking sensors or heated seats. The MG ZR was one of Britain's most popular sport sedans throughout its production period.

In 2004, it was the MG Rover Group's best-selling vehicle - the first time an MG vehicle was the most popular product of one of the many conglomerates of ownership, including MG in the course of its existence. Tens of thousands of MG ZRs have been sold in the UK, especially to young people who responded to offers such as free insurance or VAT discounts. They soon found out that the K Series engines were good and sharp machines, although there were problems with the cylinder head gaskets .

MG Sport & Racing developed a series of MG ZR club and national rally contests. MG Sport & Racing engaged Gwyndaf Evans , Tony Jardine and Natalie Barratt as drivers for some competitions. Some MG ZRs still ride in national rallies today and in 2007 Luke Pinder participated in a ZR in the N1 class of the Rally of Great Britain , and although he had never driven the car before, he was able to lead his class after the first day and finally win  .MG Sport & Racing converted two MG ZR 160s to the Group N specification for the 2003 National Saloon Car Championship . After only two competitions, Team Airconstruct's cars were rebuilt to "dry-break" tank systems due to poor results and registered with James Tucker's EERC Britcar Endurance Series . The car No. 34 was driven by the owner John Hammersley and his junior driver Andrew Dunlop and reported in the series, as only eight season races were outstanding. In this remarkable season, the driver team Hammersley / Dunlop reached the maximum score in seven of the eight races in the Britcar Class 4 and lost the title with only two points behindAndy Rouse on DTM-Mercedes and Callum Lockie on BMW M3. John Hammersley and his son Mark won the series the following year in a car that had been upgraded to 190 bhp (140 kW) to factory specification for the N + group.

In 2004, MG Rover announced plans for a new car to inherit the ZR and its Rover sister model, the 25th. It was hoped that the new car would be available before the end of 2006. In April 2005, however, the proposed acquisition of MG Rover by SAIC failed and the company had to file a settlement. NAC bought the remains of the company three months later, but when the new MG model range was presented in 2007, the ZR and the ZS were not involved. 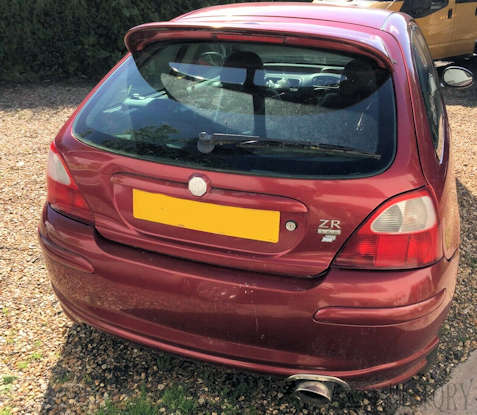