While the predecessors were technically and visually optimized Morris Oxford "Bullnose" , the MG 18/80 was the first model in which the factory had designed the chassis itself, showing for the first time the typical MG grille with vertical standing slats and vertical center bar and higher set headlights.

The Mark I and Mark II were available in a variety of body styles, two- and four-door, two- and four-seater and both closed and touring cars. The Mark I was built from 1928 to 1931 a total of 501 times. From 1929 onwards, the Mark II was offered in parallel , which was produced 236 times.

The large cars were equipped with six-cylinder inline engines, the chain-driven overhead camshafts (ohc) and 2468 cc displacement possessed. The power was about 60 bhp (44 kW) and had a double carburetor with only one float chamber. The top speed was 80 mph (128 km / h), which indicates the 80 in the product designation 18/80.

The Mark III was also referred to as 18/100 and was the racing version of the 1930 only five vehicles were produced. This version had dry sump lubrication and brought it to 80 hp (59 kW). 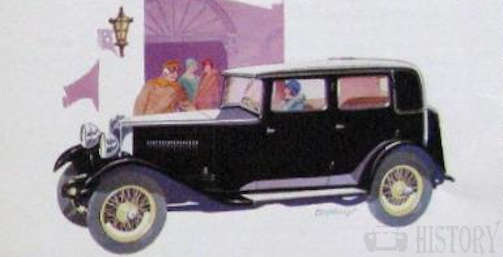