Created for the short lived Group B race category, the 4WD mid engined MG 6R4 (6-cylinder, rally car, four-wheel-drive) Metro of 1984 was a world away from the best selling supermini to which it bore only a superficial cosmetic resemblance. The competition car effectively only shared the name of the production Metro as it featured a mid-mounted engine with four wheel drive transmission enclosed within a seam-welded tubular chassis. The development of this vehicle had been entrusted to Williams Grand Prix Engineering. 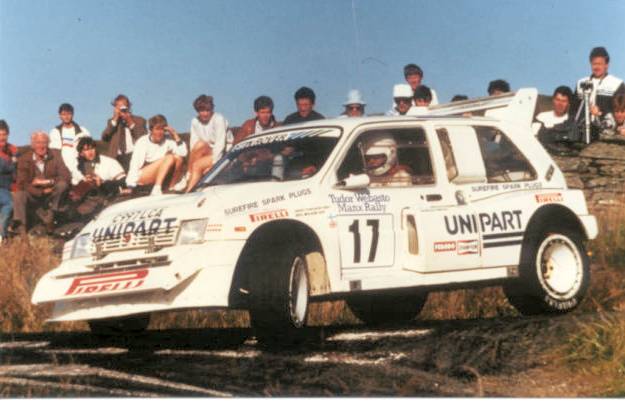 The resulting car was shown to the world in May 1985. It was powered by a David Wood designed bespoke 3-litre V6 powerplant which used some of the engine architecture of the Cosworth DFV. It featured twin overhead camshafts and four valves per cylinder. The engine was a break from the norm, as it wasn't turbocharged as the majority of its competitors were. The engine was mounted back to front in the car, with the forward end of the engine facing the hatchback and the gearbox attached conventionally behind it and, therefore, in the middle of the vehicle. The four-wheel-drive was permanently engaged, and drove separate propshafts to the front and rear differentials. The rear differential was mounted on the side of the engine sump with one driveshaft running through the sump to the nearside rear wheel. Much of the outer bodywork was made of GRP, with the only exception being the roof panels (which were aluminium) and the steel doors. These were, however, concealed by plastic airboxes. Indeed, models now on show generally have stickers demonstrating where it is safe to push from when moving the vehicle, so as not to damage the bodywork.

The 6R4 appeared in two guises. There was a so-called Clubman model which was the road going version which developed in the region of 250 bhp (186 kW), of which around 200 were made and sold to the public for £40,000 (the homologation version). A further 20 were taken and built to International specifications which had a recorded output of over 410 bhp (306 kW; 416 PS)

At its launch in 1985, Rover announced that it would complete the necessary number of cars required for homologation by November of that year. This was undertaken at the group's large manufacturing facility at Longbridge. The car was to participate in the Lombard RAC rally in November 1985, and an example, driven by works driver Tony Pond, finished a highly respectable third, behind two Lancia Delta S4s.

This good start was unfortunately not repeated, and although a 6R4 was entered in rallies at Monte Carlo, Sweden, Portugal and Corsica during the 1986 season, none of the Metros managed to complete a course. The majority of these problems were related to the V6 powerplant which suffered teething issues. Halfway during the 1986 season, Group B was banned (following a series of fatal crashes in which both competitors and spectators lost their lives). From that point on, the 6R4 was always going to be limited in front line competition, although they were run with limited success for the remainder of the year. A number passed into private hands and have proved formidable rally and rallycross cars. Despite the expiry of the 6R4's homologation the MSA still allow the cars to run in competition although engine sizes have been limited to 2800cc (single plenum engines) and 2500cc (multi-plenum engines).

Austin Rover withdrew from the rallying scene at the end of the season, but in 1987 all the parts and engines were sold to Tom Walkinshaw Racing, whereupon the V6 engine reappeared under the bonnet of the Jaguar XJ220, this time with turbochargers added. 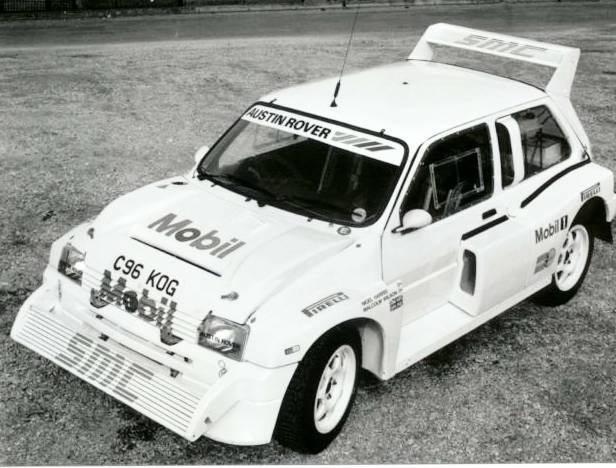