The ADO16 (Amalgamated Drawing Office project number 16) was designed by Alec Issigonis. Following his success with the Mini, Issigonis set out to design a larger and more sophisticated car which incorporated more advanced features and innovations. In common with the Mini, the ADO16 was designed around the BMC A-Series engine, mounted transversely and driving the front wheels. As well as single piston swinging caliper disc brakes at the front, which were not common on mass-produced cars in the early 1960s, the ADO16 featured a Hydrolastic interconnected fluid suspension system designed by Alex Moulton. 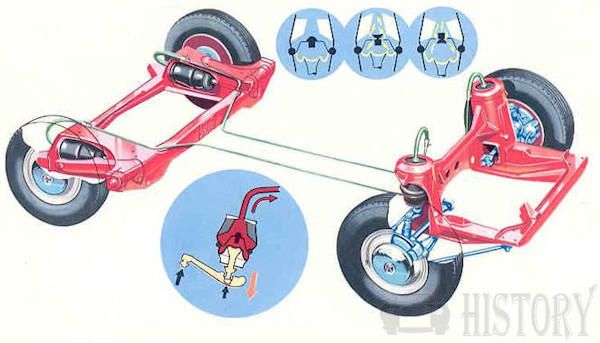 The mechanically interconnected Citroen 2CV suspension was assessed in the mid-1950s by Alec Issigonis and Alex Moulton (according to an interview by Moulton with CAR magazine in the late 1990s),and was an inspiration in the design of the Hydrolastic suspension system for the Mini and Austin 1100, to try to keep the benefits of the 2CV system (ride comfort, body levelling, keeping the roadwheel under good control and the tyre in contact with the road), but with added roll stiffness that the 2CV lacked. Pininfarina, the Italian styling studio which had worked with BMC before on the Austin A40 Farina, was commissioned to style the car. ADO16 had comparable interior space to the larger Ford Cortina. 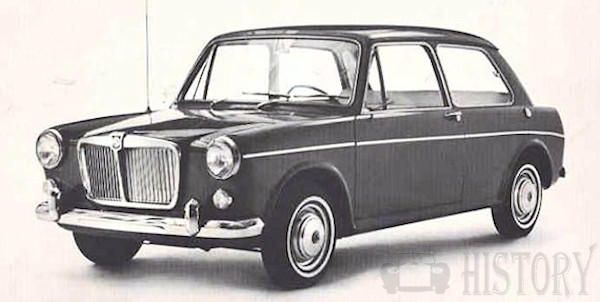 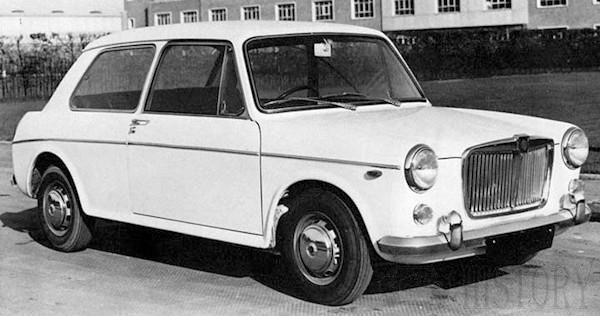 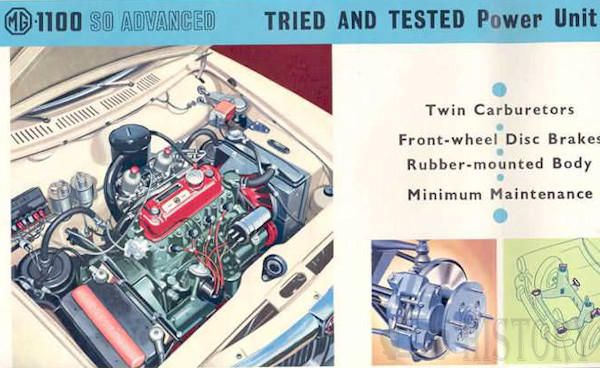