The MG 14/28 Super Sports was the first car produced by the MG Car company and launched in 1924. It was replaced by the very similar 14/40 in 1927. They were built at first in small premises in Alfred Lane, Oxford moving in 1925 to a larger site shared with Morris Motors Limited radiator factory at Bainton Road, Oxford The badge on the front of the car still read "Morris Oxford", MG badges were not to appear until 1928.

Cecil Kimber had rebodied a few Morris cars with coachwork to his own design but in 1924 he started to advertise "our popular M.G. Saloon" built on the Morris 14/28 Bullnose radiator, Oxford chassis. The basic chassis was collected from the nearby Cowley factory and slightly modified and the engine mildly tuned. They were then fitted with attractive aluminium panelled bodies and painted in two colours. From late 1924 front wheel brakes were fitted. Either "artillery" or wire spoked wheels were available and suspension was by half-elliptic leaf springs at the front and three-quarter elliptics at the rear. The top speed was approximately 65 mph (105 km/h). A fabric-bodied saloon model was added to the range in 1926. 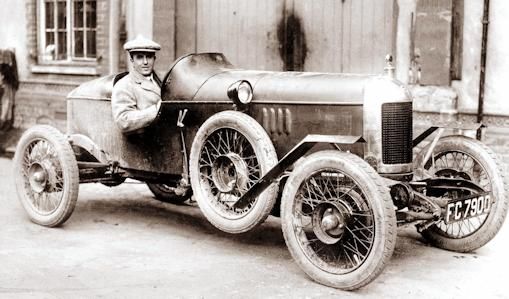 In late 1926 Morris updated the Oxford dropping the distinctive Bullnose radiator in favour of a flat one and widening the chassis thus requiring a re-design of the body. H. N. Charles was employed by Kimber to do this  and at the same time the basic chassis received improvements by Morris Garages to braking and suspension taking the MG car further away from its Morris roots. The revised car was heavier and the top speed dropped to around 60 mph (95 km/h). Other changes were half-elliptic springs at the rear and a Solex carburettor replacing the SU on the earlier car. The brakes received assistance from a mechanical servo.